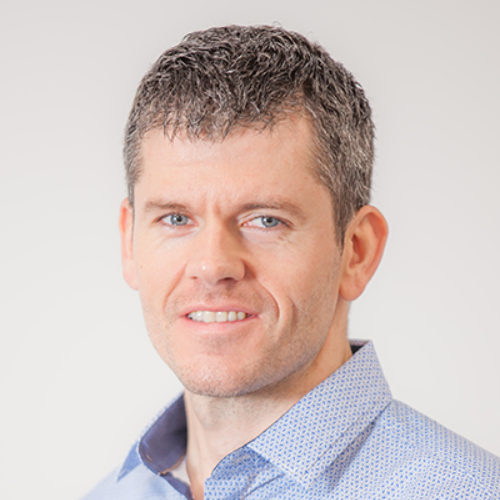 Tommy Kelly’s passion for engineering is obvious from the moment he begins to speak.

But it wasn’t always going to be that way. Growing up, Tommy wanted to be a mechanic like his dad.

“My father’s a mechanic, so when I was younger I was a real annoyance, because I was in the garage all the time, wanting to fix things and learn what he was doing and how these machines worked,” Tommy said.

But the possibility of construction was there in the background in the shape of his uncles, who were builders. Tommy graduated from university at 21 and has spent the past 15 years working in the industry he loves.

It’s a career that has taken him far from the shores of his Irish home – to Australia’s Gold Coast where he first came to enjoy the famed sunshine in 2007.

“I don’t know what it is with Irish people and construction and pipelines in particular, but we seem to be involved in a lot of construction.”

“A few of my cousins had been here. People in Ireland just love Australia. The weather’s a big thing. It’s a nice country, nice people, nice lifestyle. I’d worked for a couple of years at home before I decided I wanted to come over and see what it’s like and experience it.

“I’ve been home for two stints since 2007, but I’ve probably been with Diona close to nine years now. When I started off I was a Project Engineer, out on the ground a little bit more, doing more of the hands-on stuff. We were working on a project on the Gold Coast – a water pipeline. I thought: ‘This is heaven. Close to the beach, lovely weather – I never want to go home again!’"

It’s the variety and constant challenges that Tommy loves most about his job.

“No day is the same,” he said. “Every day is different. I’ve been lucky. A lot of people that get into construction just do electricity projects, or maybe water projects all the time. But when I looked back at my resume recently, I realised that every second project I’ve done has been something different. I’ve gone from roads, to electricity, to gas, to water and wastewater. It’s great to have such good variety at Diona and that’s why I’m happy with what I’m doing.”

Tommy was initially drawn to Diona because they worked on similar projects to the company he worked for in Ireland. Then there was the fact that Diona’s original owners were Irish – as is a fair chunk of the workforce.

“I thought initially coming over it would be a good place to fit in and make a few friends,” he said.

“And I looked at Diona’s website, saw the work they’d done and it related to what my experience was, and I thought this looks to be a good company."

It’s Diona’s ethics and sense of family that have kept him with the company ever since.

“There is also a really good work ethic across the company. Everyone wants to do well and succeed together. That’s one of the big things with Diona’s teamwork. It’s like one big family. A very, very big one. And everyone that comes here enjoys it.”

“I love the technical part of my job especially when we face a difficult situation or something that’s hard to construct, I love trying to figure it out – that’s when I’m in my element.

“I like working with a team as well. I enjoy seeing people happy when they’re working. I also like teaching people. With the engineers, I’m always trying to get them ready for the next stage.

“I’ll find it hard to let go,” he said. “But I’d like to see the very last pipe being put in and then celebrate it.”

And in typically Irish fashion it’ll be with a few drinks. “Some Friday evening, a couple of drinks with everyone that worked here. Just three or four drinks to thank them.”