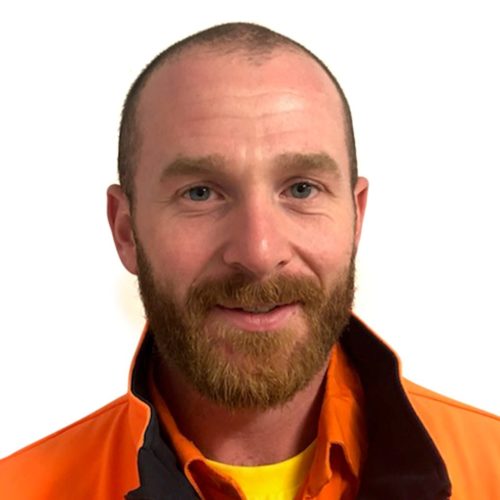 When Kevin Wall was born in Ireland in 1985 with cerebral palsy, his parents were told he would probably never walk or talk.

Fast forward 33 years and not only does he walk and talk, he has moved to the other side of the world, represented his former home state of Western Australia in his beloved sport of rowing, hopes to do the same for New South Wales and has his eye on a berth for the 2020 Tokyo Paralympics.

As if that wasn’t enough, he’s also a Leading Hand in Diona’s project management team that has helped to deliver a waste water project for Sydney Water in Sydney’s Darlinghurst district.

It’s a hectic life by anyone’s standards – rising at 4.30am to train on the Parramatta River near Balmain, then off to work as a Leading Hand with Diona, battling for Australian citizenship and fundraising to give back to the rowing club that has supported him.

“I was raised in County Tipperary, the youngest of four and a twin,” Kevin said.

“I was born with cerebral palsy and a doctor told my parents I would never walk or talk. They worked tirelessly with speech and language therapy and physiotherapy for 12 years, and proved the doctor wrong.”

Not only did Kevin learn to walk, he learned to row – a skill passed down from his father and one enjoyed by all his family. He also pursued a trade as a mechanic.

Kevin moved across the world to do it. He settled in Western Australia first, where he turned to a career in construction.

“Over two years I invested $18,000 of my own money in high-risk work licences.

“I started on the bottom rung of the ladder and worked my way up.”

But Kevin’s love of rowing, and discovery of a para rowing team in Balmain, saw him flying back and forth across the country until he decided to make the move east permanent in Christmas 2015.

“When I moved to Sydney, it was primarily so I could compete for a place in Australia’s Paralympics team at the Rio Games.”

Kevin missed his opportunity for the Rio Games but had found a great career opportunity at Diona. He has nothing but praise for the company that not only gave him a job, but has supported his athletic career and professional development.

“They’re the best company I’ve ever worked for. I’ve received national recognition in the company as employee of the month, and a nomination for the Civil Construction Federation’s Leading Hand of the Year.”

Back in Australia, he rejoined the team at Diona.

“I said to Diona: ‘How can I be a better employee for you?’ And they told me to show them what I could do academically. So, when I went home to Ireland I did a diploma and certificate in project management. When I came back here they took me on the project management team as a Leading Hand.”

Kevin’s workmates at Diona are behind him all the way and it’s just one of many things that he loves about the company.

“I love the culture, their attitude and their approach to work.”

“On a bad day, when something goes wrong, it’s like anywhere else, the whip cracks. But I think their approach, the respect they give people is great. I love working for them and they seem really happy that I’m on their team.

“Yes I’m a guy with cerebral palsy – but they took me on and they look after me. They’re supportive of my rowing and I have amazing people that I love working with.”