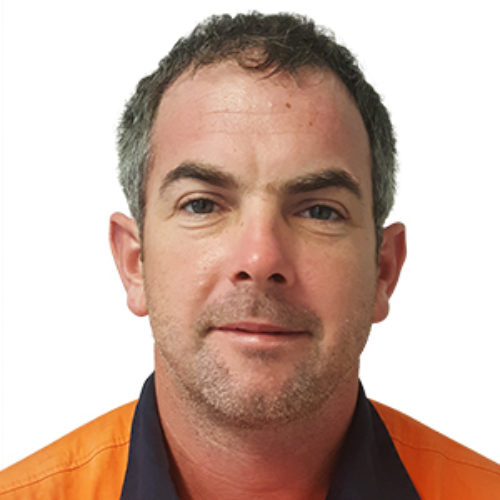 Stonemasonry and restoration of castles and stone houses sounds like something from a bygone era. But for John Kyne, an Irishman hailing from Shrule, County Mayo, this was once his day job.

Now, residing in Sydney, Australia, John is part of the civil construction industry, working on projects such as pump stations and new builds for clients like Sydney Water and Downer Mouchel.

In the last year, John has been promoted from Leading Hand to Supervisor. While the range and scope of projects has remained the same, John is enjoying the role change and the challenges that come with it.

“It’s more responsibility. You’ve got to account for the safety of the crew, the quality of the work. You’re dealing directly with the client, discussing the ins and outs of the project, responding to any questions or issues. At the end of the day you’ve got to make sure all the ‘t’s are crossed and ‘i’s are dotted.

“It can at times be challenging, accommodating all stakeholders. But when you’ve completed a project and everyone’s very happy with the outcome, it’s very rewarding.”

John’s proudest moment at Diona has been the completion of the Chambers Flat Pump Station, which was winner of the Queensland 2016 Civil Contractors Federation (CCF) Earth Awards in the $1M-5M project value category.

At 13m deep, Chambers Flat is one of the deepest pump stations constructed by Diona’s Queensland team. It was a particularly complex project as the site was constrained, affected by close neighbours, safety risks, and potential flooding.

“It was a very challenging project and I worked with a brilliant team of lads. We had to lower two 5t excavators into a 7m deep pit to excavate and break rock. Once the pump station works were completed we brought a 100t crane onto site to lift the lid into place.”

With a personal motto like “One for all and all for one”, it’s easy to understand why John feels so at home at Diona.

“From the project manager to the project engineer to the leading hand to the operators… Diona has a family-oriented culture, where we look out for one another, work as a team and all care about the same thing, which is doing the job safely and properly. We’re about giving each other a pat on the back, and then turning around and getting on with the next one.”

In terms of the next one, John is looking forward to “more of the same” and hopes to progress into project or construction management.

“The changes I’ve seen are for the better. Diona is an ambitious company, so you know your future is secure and that you’ve always got a good future ahead of you. The way they look after their employees is really commendable; they’re always trying to find ways to be a better organisation.

“My goal, personally, is to move forward into project management or construction management. And that’s possible here. There’s plenty of people of in the office who are willing to help you achieve your goals. As David O’Connor (Executive General Manager, Diona) always says, ‘You all have my number…’. All you have to do is pick up the phone.”