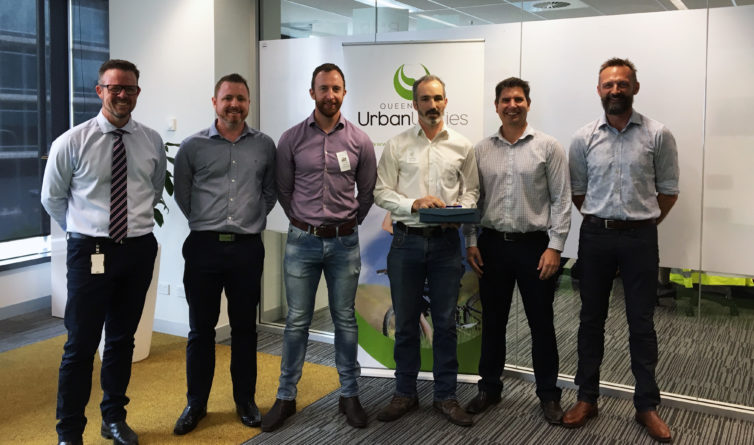 ‘We care for people’s well-being’ is one of Diona’s core values and Queensland Urban Utilities recently recognised Diona for doing just that! The Diona team working on the Burst Mains Replacement program for QUU were presented with an award that recognised them for their ‘relentless effort in creating a safe place which ensures the health and well-being of your people and our community’.


Diona has been working with QUU on the Burst Mains Replacement program for three and a half years. This project has involved design and construction services for the replacement and upgrade of water mains throughout Brisbane.

Project Manager, Brian Judge credits this award to the strong team of people working on this project, "This is a great acknowledgment and demonstrates we are following our values by succeeding as a team, caring for our people and both doing what we say and always being willing to learn, innovate and go above and beyond." he said.

Calibre Group and its subsidiaries, including Diona, take governance seriously.  Read more about our policies and guidelines.